Chances are that you landed on this page because you're searching for a safe method to bypass Google account lockon your newly bought Samsung Galaxy S7/S7 Edge from Craigslist, LetGo, Offerup, or even the Facebook Market. If this is the case then you came to the right place.

Table of Context: feel free to skip ahead if you desire

The answer is to protect your information and prevent anyone from accessing your device in the event your smartphone is ever lost, stolen, sold or misplaced. Google Account Reactivation Lock, also known as Factory Reset Protection (FRP), is activated when the content of the device are restarted to its original factory settings and only someone with the Google account information can access the device.

Ever bought Samsung Galaxy S7/S7 Edge from your friend or a received used phone as a gift from a relative and they forgot to delete the Google account and now he forgot the information? Or have you ever bought a used cell phone from a online website like eBay, Craiglist, Facebook, OfferUp, Letgo or any other third party application and the device was reported lost/stolen or Google Locked? Now your Galaxy S7/S7 Edge requires the previous Google Account information and therefore you can't access the device.

If your response to any of these questions are yes then you're not alone. Thousands of people suffer purchase locked phones every day through third party apps. If you are trying to purchase a use phone from a third party we suggest you read this article we wrote on five helpful tips before purchasing a used phone from Craigslist.

Over the past years we have researched and experimented with different methods to safely bypass or remove a Google Activation Lock. A majority of these methods were either temporary fixes or became obsolete after a software update except one.

*I apologize in advance for the bad quality. Promise to bring you a better video in the near future*

In this YouTube video we show how we removed a Google Activation Lock on a T-Mobile Samsung S7 Edge. *The person you see in the glare of the monitor is Alfonso, one of the owners. Feel free to ask for him when you contact us. Contact information will be listed down below.

Our Goal is to remove 'Factory Reset Protection' (FRP Removal) or a Google Account Reactivation Lock on any Samsung Galaxy S7 Plus or any other Android device from the comfort of your own home. This method should take no more than 15 minutes if you set an appointment. This FRP removal method works immediately without rooting or flashing your device. You can also bring it to one of our store locations in Santa Ana Main Place Mall or Orange California.
Learn more by clicking on the link below. We suggest to give us a call for faster response.

*Notethis service doesn't remove any blacklist or balance associated with the device.

There are many words to explain this problem but we guarantee that our Google Account Removal will be permanent on your Samsung Galaxy S7/S7 Edge.

How safe about our service?

Other Resources and other methods to bypassing FRP Google Activation Lock

Models that this method will work

Types of FRP We can Remove 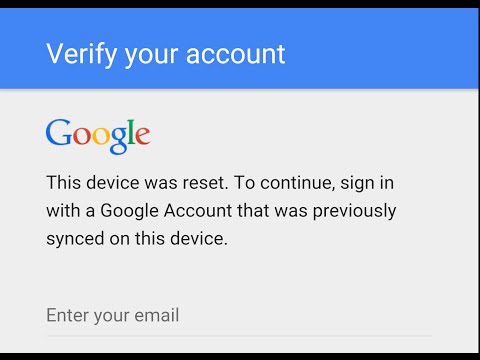 We also work on other phone models

A special thanks to all our loyal customers that come from all over Orange and Los Angeles County. Thank you for the continued support and we look forward to serving you.

SD cards play an integral part in your digital life. With the sizes of files increasing every year, the phone's internal storage can’t hold much data. But what if you completely lose the data once and for all? No matter how scary it might sound, it has happened to every one of us at some point in time, but not anymore.

The idea behind this article is to address all the problems associated with the unsupported SD card S7 Edge. Neither less to say, you will also get to know how to protect your SD card from getting corrupted in the first place. And in case you lose the data, we have solutions for that too. So, hold on to your horses as we address each problem individually.

How to Fix Unsupported SD Card

There is no point in arguing that restarting a phone solves a ton of problems. And the same goes for Samsung Galaxy S7/S8. The unsupported SD card Galaxy S8 can be solved in just an instance. First of all, restarting clears up all the RAM usage that’s been building up over time. Unsupported files being stored on the SD card can also result in the SD card malfunctioning.

Solution 2: Plug out and plug in the SD card to the Samsung phone

Step 1: Make sure to insert the pin to take out the SIM/SD tray.

Step 2: Take the tray out of your smartphone as gently as possible.

Step 3: Now again, put the stay back in its place.

If your SD card were not supported due to physical misalignment, these steps would help you get the SD card working once again. Just make sure that you put the ejection pin perpendicular to the tray hole; otherwise, your device can sustain some degree of damage.

Solution 3: Verify if the SD card is mounted properly

Sometimes if your SD card is not mounted correctly, it starts to malfunction. If that is the case, the first and foremost thing you need to do is unmount and mount it back again. This is mainly applicable if you take out your SD card too often.

Step 2: Tap the Storage icon and click on the three dots icon.

Step 3: There, you will find your SD card. Click on Mount.

Solution 4: Plugging into another device or a PC to see if the SD card is visible

Even after going through all the previous three steps, the SD card doesn’t show up; you need to plug it into another device or even your PC.

Step 1: Take out your SD card as described in Solution 2.

Step 2: Now, use an SD card reader to check if it's visible to the PC. If it is, recover the data and format your card, as shown in the next solution.

There are several instances where your only resort is to let go of the data and format it. What if we say there’s a way around to it? And this is not only just applicable for your SD card but also for every other storage device, including external HDD and USB flash drives. To recover the data, you need to go through the following steps:

First of all, you need to connect your SD card to the computer via an SD card reader. Bear in mind that your computer should detect the card reader.

Now, open the Recoverit Data Recovery software. There you need to select your SD card as the target location. Once you have found the same, hit ‘Start’ to get along with the data recovery process.

After selecting the SD card, it will launch an all-around scan. First of all, you need to wait for a few minutes before the entire scanning process is done. However, you have the flexibility to locate those files and even pause or stop the scan in the meantime.

After the scanning is completed, you can preview the files and recover the ones you desire. Head over to the ‘Recover’ section and save the files on the computer's other place.

Tips to Avoid SD Card Error in Your Phone

There is no point in arguing that SD cards are among the most underrated gadgets we often take for granted. If it gets corrupted by any chance, one can potentially lose all the data stored on it. Down below is a list of some of the necessary precautions to avoid such mishappening:

To see an unsupported SD card in Galaxy S8 can be a headache. With a corrupted SD card, you might run into completely losing all the data that’s been stored on your SD card. So, while concluding, it is imperative to understand that you go through all the above-mentioned steps. But, in case you come across such unfortunate circumstances, you can still retrieve your data. All you need to do is get Recoverit Data Recovery Software and connect your corrupted or unsupported SD card to it. That's quite an easy way to recover your data from your Samsung SD card.