Warning: While there are over 380,000 words of story content, this it’s by no means a playable game in its current state. Many of the intended game mechanics are missing, so consider it an overly-ambitious concept demo at best. Further details below.
Story Summary:
Welcome to the Isle de Extasis Resort! It’s a once in a life time opportunity on an island paradise. You may never leave…
As a fairly average man entering your third year of university, you thought you’d been awarded the opportunity of a lifetime when you were chosen out of countless others to get a summer internship at an exclusive, tropical resort.
The girls at the resort are all beautiful. Most are pretty slutty, too.
The last thing you expected was that you might be turned into one of them!

Game Concept
Interns of Ecstasy Island is planned to be an erotic, gender-bender life-sim game.
What started as a too-good-to-be-true internship on a tropical island takes a strange twist when the protagonist finds him mysteriously transformed into one of the beautiful girls of the island. With his body and mind changing, it becomes clear that there’s far more too this internship that he expected. Will he embrace his new role as one of the resort’s promiscuous party girls, seek to find a way back to normal, or, perhaps, something in between?
The game is story-focused and text-heavy, presented in a hybrid visual novel format.
However, unlike a traditional visual novel that only branches at occasional player choices, Interns has a “life simulation” at its core. Game events are modular, played semi-randomly based on the player character’s job assignments and how they choose to spend their free time at the resort. With events and choices having an affect on the character’s stats, the hope is to provide an interesting and somewhat different experience each time you play.

Roleplay-focused
While no game can offer the complete freedom to play your character any way you’d like, I’ve attempted to provide many opportunities to make choices based on your character’s personality. There are traits that can be chosen at the beginning (virgin, monogamous, teetotaler) that can make for a slightly different experience and influence events in the game.
Character stats
Behind the scenes stats can effect many of the encounters of the game. These include things like how tired your character is, how perceptive they are, inebriation and arousal.
See your character’s body change
Body transformation is a major theme of the game, and you can see the changes to your character in the bathroom mirror. Changes include hair color, length, breasts, hips and even tan-lines.
Modular events system
The game fills out your daily schedule with events based on your job assignments, character stats and choices, leading to a slightly different experience each time you play, and, hopefully, event combinations that can lead to unique scenarios.
Sex simulation
Your character’s stats are reflected in sex as well. How good sex is for both the player character and their partner(s) can depend on choices and events in the game. These choices can carry over to events outside of sex. Will your character have a manageable sex drive, or will frustration or a raging libido get you into trouble?
Willpower system
With intense pressure to join in on the debauchery of the island, the player character will need to manage their strength of will if they want to be certain that their choices are fully their own.

Just a Game 4 years ago My Life as a Sissy Wife. We were born to be submissive! Links for my 2 TF/TG work-in-progress games 8 years ago. Game of Throne Collectibles. Winter may be coming but we know that doesn't stop your thirst for Game of Thrones collectibles. Check out figures, books, backpacks. All your favorite characters - Cersei, Brienne of Tharth, Joffrey, Drogon, Tyrion and many more. If you're desperate for a TG-focused game you can play on Android, it might fill the niche, but I can't say much more positive than that. Review by Noknet Version reviewed: 0.231 on Sat Dec 28, 2019 9:28 am.

The description above is my vision for the game, but please don’t expect it to be the reality. Below are a whole bunch of caveats you should consider.
As a creator, I’m novice-level in pretty much every aspect. I work a full-time job and have taken this project on as a hobby, mainly on weekends, vacations, and free-time when I’m feeling ambitious.
As a project, Interns is an amalgamation of ideas I’ve had that were inspired by other games I’ve played, modding projects I’ve undertaken for Bethesda games, and more. I’ve rolled up as many of the ideas that have accumulated for me over the years and combined them into a single game idea.
I took this on as an experiment to see how much I could do with them, and ended up sharing it on TFGames.site with other hobbyist enthusiasts such as myself. I’ve never had any expectations of actually being able to pull it off—only to experiment with it until I got bored with it. The following and support I’ve received on Patreon and SubscribeStar have kept me pushing forward with it, for better or for worse.
In it’s current state, the game is very unfinished. There’s a 4-day, mostly-linear introduction and several weeks of life-sim where the player character works at and explores the resort and the people there. No willpower or mental change aspects are included yet. The sex scenes are minimal, but are slowly being added to. Many sections are text-only. 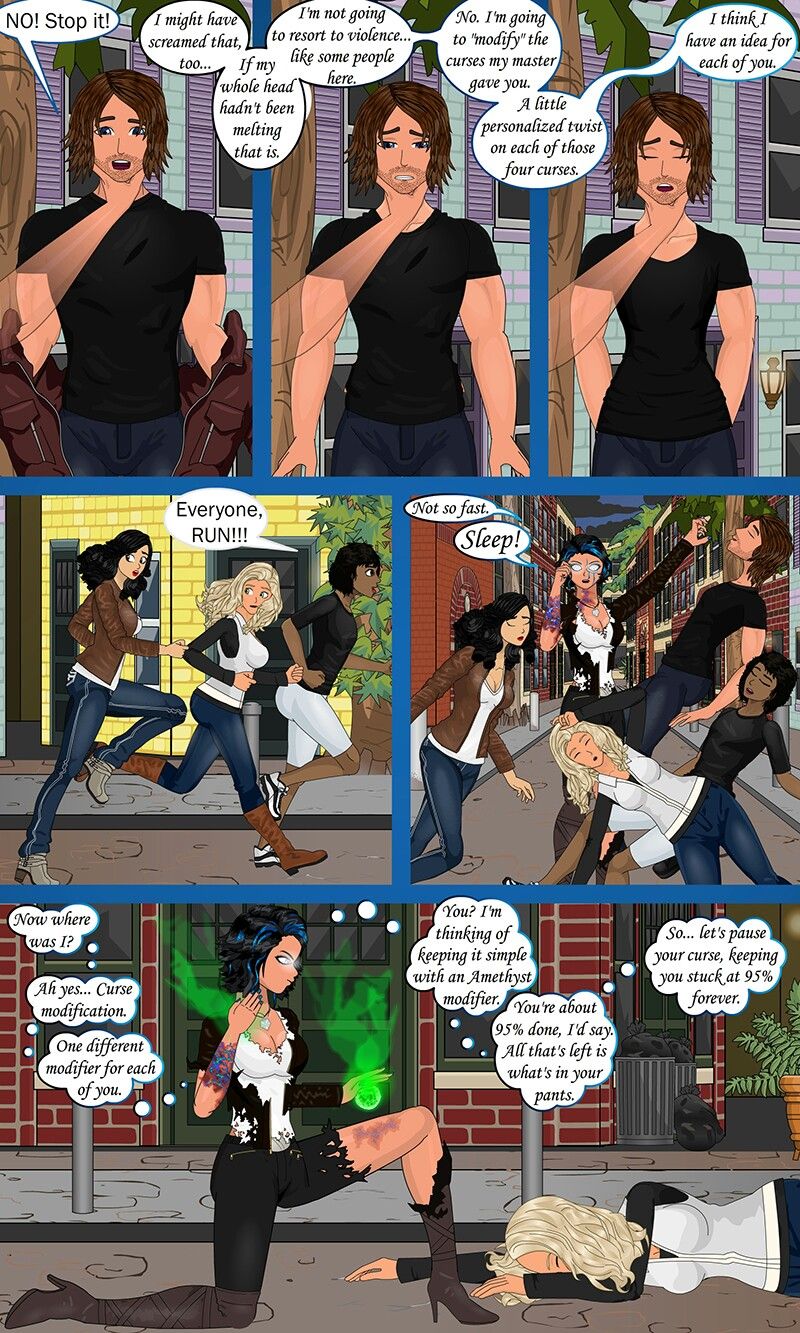 Walkthrough
An actual walkthrough doesn’t exist, but please see Starman’s fantastic post that has documented most of the hard-to-find parts of the game and how to get them.
viewtopic.php?p=494929#p494929
All Things Interns and UsagiTripleSix
If you can’t get enough of me here, check out…

And you can support my artistic flailings about on…

IMPORTANT NOTE ABOUT LINKS: Due to compatibility issues with later versions of Mac OS, Mac versions are now a separate download. Please hover over the note by the download links to make sure you are grabbing the correct version.

NOTE for returning players: Creating a new save is a good idea. The game will attempt to make old saves work, but there may be some odd behavior depending on how significant the changes are between versions.

I'm calling this one a 'quality of life' update, with some major bug fixes and a rebuild of the body transformation system. There's also a new sequence added to the first few days of the game. Lots more details available on the early access post on my blog.

For any writers out there who feel an inexplicable desire to help me out of the goodness of their hearts, I've added a submissions page to my site. I'll be adding requests to it periodically with anything I think might help me in the near future. More details are on the site.